The Speaker of Parliament, Alban Bagbin has directed the Minister of Roads and Highways, Kwasi Amoako-Atta to reverse his order on collection of road tolls across the country.

He said Mr. Amoako-Atta has no power to make such a directive.

Mr Bagbin gave the order in parliament on Thursday, 18 November 2021 after Minority Leader Haruna Iddrisu raised concerns about the minister’s statement infracted the rules and authority of the legislature.

“Clearly”, he said, “what happened on the 17th November 2021 was the minister of finance representing His Excellency the President and presenting to this house, a budget and financial proposals for the year 2022; that is effective 1 January 2022 to 31 December 2022”. 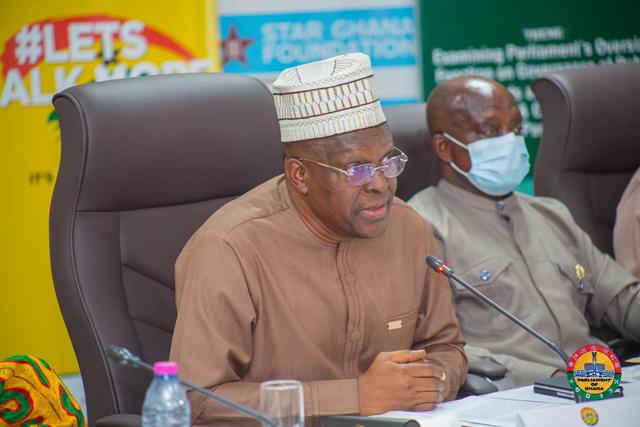 The directive by the Roads Minister contradicts claims by the Finance Minister that the decision to abolish all roads tolls will only take effect when the 2022 Budget is passed by Parliament.

A statement signed by the Minister for Roads and Highways, Kwasi Amoako-Atta said personnel of the Motor Traffic and Transport Department (MTTD) of the Ghana Police Service will be on hand to provide security at the toll locations from today.

“Motorists are kindly advised to approach the locations with caution and observe all safety measures that will be put in place.”