Meet Ghanaian music superstar Nazzking, a young man who has risen to become an icon in the African-European Community with his artistic prowess.

Aside being one of the biggest artist in Europe, Nazz King is also one of the most iconic stars in the 5 Regions of Northern Ghana.

NAZZ KING is a multi talented star who was born and breathed in the capital city of Dagbon, Yendi in the year 1981, 1St January.

The star was named Nabila which means Young King, to the family of Yakubu and Abiba Iddrisu.
NAZZ KING started his education in Wataniya Primary School, proceeded to Wataniya Junior High School in Savelugu and furthered his education in “Istituto Professionale Di Stato Per L’agricoltura” based in Italy.

The star is married with 3 kids.

Growing up and been nursed in a Cultural School, Nazz King realized his love and passion for creative arts, he started memorising songs of legendary artiste like Akon & Fella Kuti till he could write and record copywrite of his favorite songs from these artiste.
NAZZ KING also developed love for acting and could at his youthful age write and direct scrips unimaginably.

In the year 2015, Nazz King started his professional career as an actor as the only black in a well notable live TV show called “Da Nazareth Betlemme” which featured top movie stars in Italy with the group “Presepe Vivente di Gangi AND (VIVERE IN ASSISI 2019-GANGI). 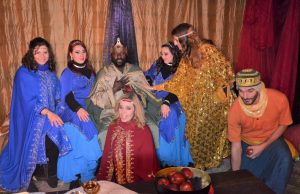 In the year 2016, Nazz King introduces a free community work in Italy, this was done on every Sunday where he will gather his people to clean up the community and work freely for the community.

This was initiated with a vision of getting the black man on the map of the Europeans and indeed today the Government of Italy has adopted it ever since the then Mayor (Joseph Pereraro) met and discussed that with Nazz King which was live on national TV & Radio Stations.

That community work today is the biggest work done in Italy by almost all communities. 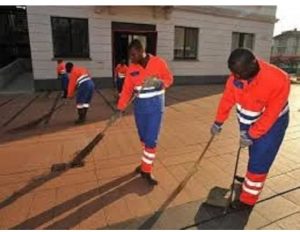 Same year 2016, Nazz King decided to put into practice all he had seen and learnt when he created his own record label called “Nazz King Music Worldwide (NKMW)” after releasing some couple of hit singles. 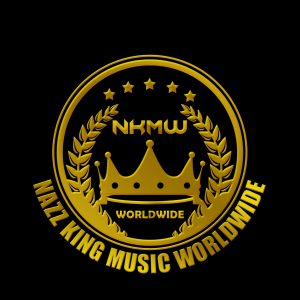 As an international professional who knows what he wants and where he’s going, he worked day and night with his team to ensure that they achieved the best.

The Artist established one of the biggest recording studio, video studio with top directors in his house where they work and sleep mostly.

NAZZ KING is not just a musician and an actor, but an architecture and enterpreneur. With his electrifying performances in Italy, Germany and many more countries, he has shared stage with colleague International artiste such as Timaya, Stonebwoy, Lil Kesh etc, he has also organized events such as “Summer Bash, Tour Music Fest etc, all in Europe.

NAZZ KING has won several indigenous and International awards like,

4. Best Male European Actor Of The Year 2018…{The first ever black to win that award}. 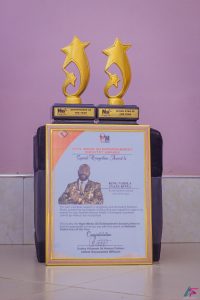 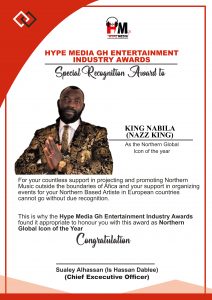 The musician has released over 20 Hit singles which has gained a whole lot of public appeal across all corners of Ghana and in Italy.